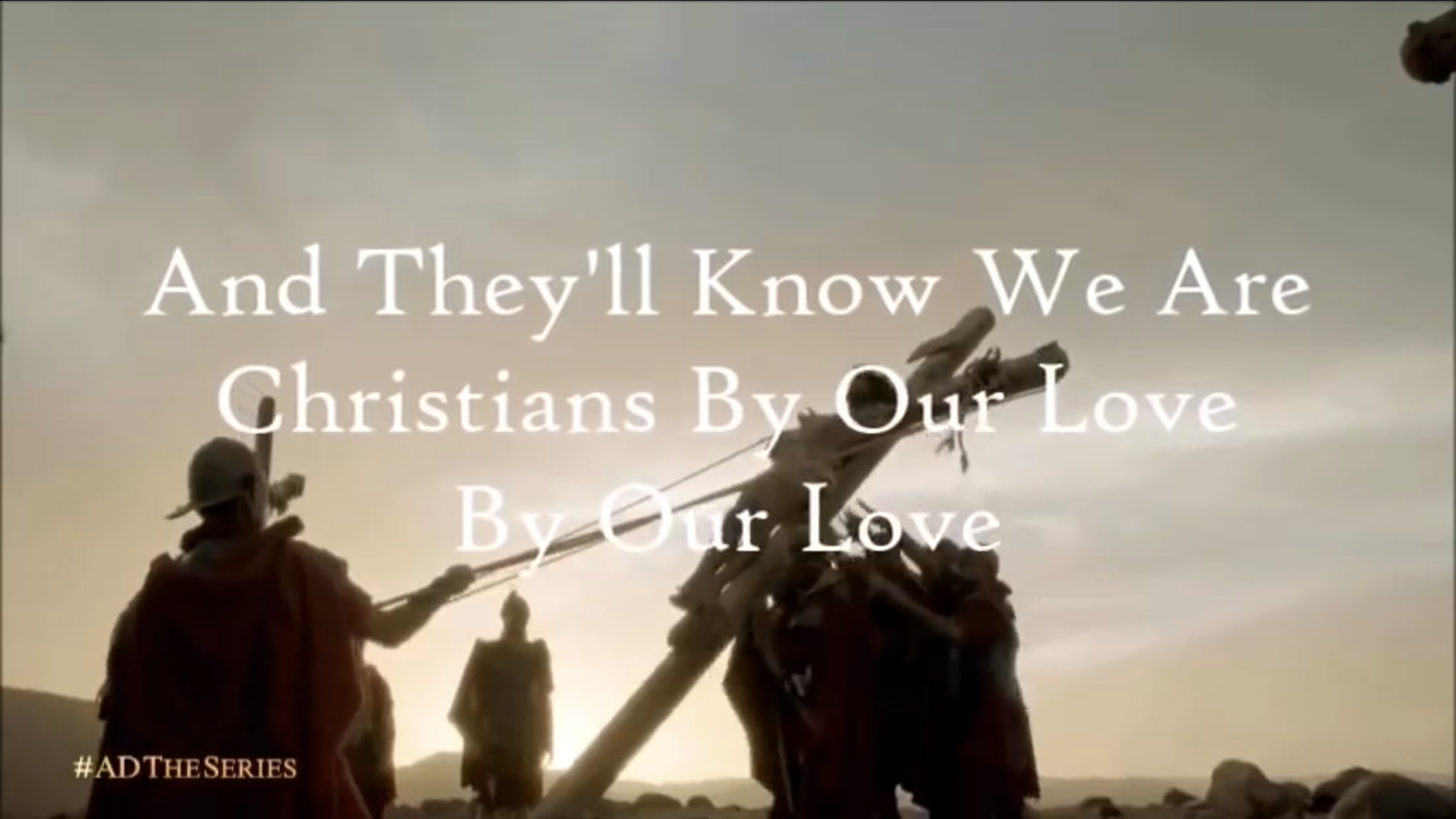 The link is to a video of a song that was used to promote the mini-series A.D. Please watch it, because it is a powerful message in itself.

I remember watching the television mini-series A.D. in 2015, and I fell in love with everything about Jesus and his disciples. I loved that they were willing to lay everything down to spread the Truth of God’s good news, and they were not going to let anything stop them from fulfilling the purpose Jesus had given them.

I was just learning the Bible at that time, so it was wonderful to see some of it in action through the mini-series which covered the book of Acts. I thought it was such a beautiful picture of what love should be, so I grabbed hold of that message and began living my life for the King of Kings.

I was so on fire for everything that I would learn each day in the scriptures and I had to share it with everyone!

I always thought “those people” the ones saying, “Jesus Loves you!” And going about all happy and peaceful we’re kind of annoying. There was no peace in my life before 2015, and I was on the misery train to hell. Complaining, ungrateful and never satisfied with anything, because it was never enough.

Things were totally different after watching that television series and turning my full attention to the Bible and wanting to actually understand it.

A shift took place in my life that was so powerful that the Lord told me it had caused a whirlwind.

How did that happen? I saw what Love truly is, and my heart melted into one that God could use for His works to manifest through. Not because I was perfect or knew everything, but because I found the Truth about what it means to Love others more than self. Nothing could deter me from loving and sharing all that I had.

I was determined to bring back that message of Love that was so raw, pure and holy that everyone was willing to give all they had to help their brothers and sisters, even at the cost of their own lives. I asked God how I could best share His love with a hurting and broken world, and He gave me the grace to begin praying fervently night and day for three years straight.

I thought it was just me, and that I somehow had some special love that was greater than most other people, because I was unable to ignore anyone in need, and it was so necessary for me to go out and help each day. I realized later that I had been transformed and was no longer the spoiled, all about me selfish person that I had been my whole life. I had become like the One that I was so focused on and couldn’t imagine ever doing even a day without Him.

I spent my days immersed in all that the Lord wanted to teach me. I had found my best friend and greatest delight and desire in Christ. I was so happy with just being with him each day, and I loved being led to find people that we would help each day. I truly have no idea how many people we have stopped and helped over the last five years, but I have many amazing testimonies about those individuals that changed my life forever.

To see through the eyes of love and understand the hurts and afflictions of others is a very humbling experience. I can say that I probably had as many tearful times as I did joyful, because the suffering of so many people was heartbreaking each day. I wanted them all healed and helped, but I know many of them were not changed the way that I had hoped they would be. I had to come to the place of understanding that not all people want to be healed, and not all people are able to accept that their is a God who loves them completely. I would feel the Father’s heart for these people living on the streets or stumbling around with no understanding of who they were and why God created them. 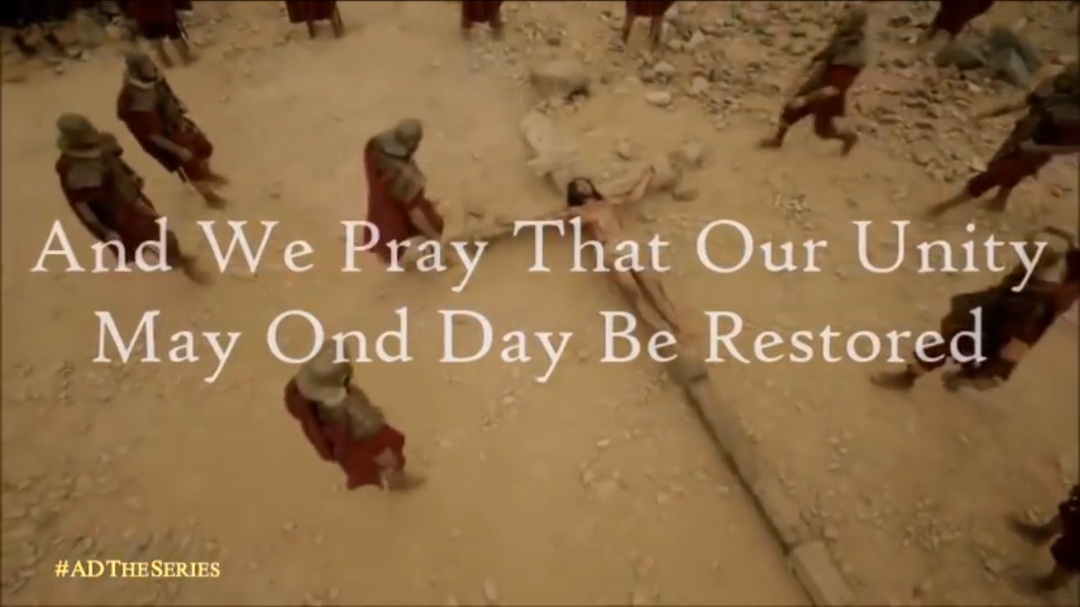 Most people that we helped were from the foster care system or had a horrific childhood that caused them to be alone and lost on the streets as young adults. Living on the streets was obviously not what any of them dreamed for their lives when they were children, but the world and their own families had left them rejected and seen as outcasts.

The issue of drugs impacted most of them, because that is what you do when you are broken and the devil slimes into your life to ensure further destruction that will keep these young adults from ever knowing how to have hope and see their dreams come to life. Most of them had no dreams anymore, and they had come to the place of acceptance with their lives being locked out of the world.

I love how Jesus always wants to save the people that no one else cares or shows compassion or any interest in them. Heroin addicts were some of the hardest people for me to leave on the streets, because I knew that if we didn’t get them help, they most likely would never be free.

I wish that I could say we changed the whole world my beautiful Savior and I, but it would be a far stretch to claim that I did anything but yield to the Lord. He did everything through me. As long as there was no fear in me, he could take over and do amazing things to help the broken people everyday. I was fearless because I knew it was all Jesus and I couldn’t fail or get hurt as long as He was in control.

I wouldn’t trade those days for anything! Some people might say it cost me greatly as far as giving up my own life, but I truly never had a life before I surrendered it to Jesus. I was just like every other wife and mother stuck cleaning for hours a day, and never having anything that could ever make me feel satisfied in life. The big house, nice cars and all that is supposed to be the “American Dream” always made me feel like I was living in a nightmare that I wanted so desperately to wake up from.

Jesus woke me up and it was the most amazing journey to freedom that I never imagined possible.

Life is what you make it, I made it difficult and empty, but God made a way to fill it with good things that renewed my youth and gave me eternal life in HD quality color and clarity. 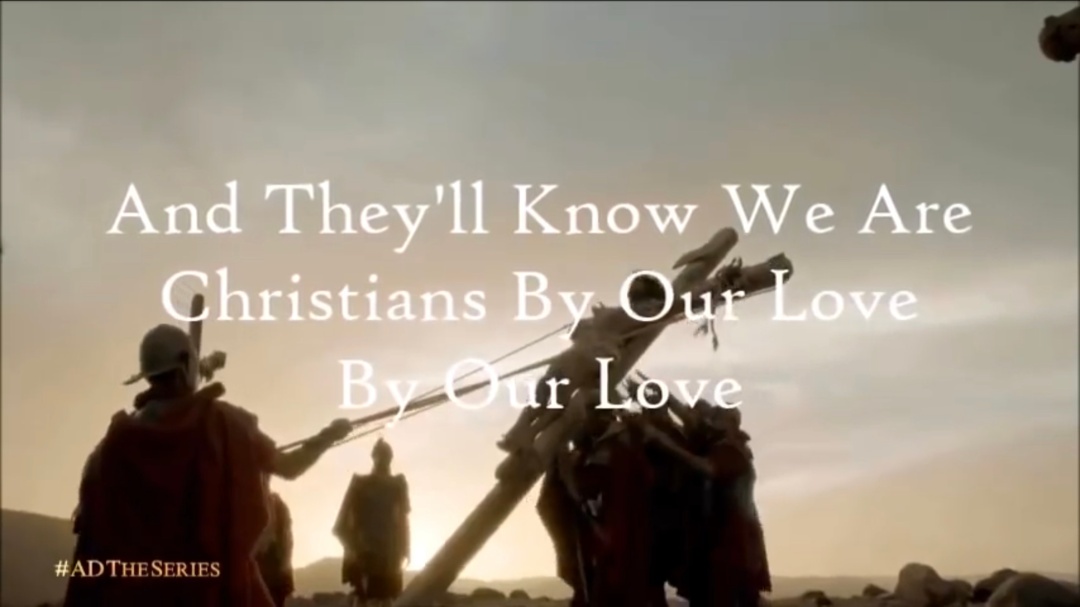 I want to add that through every painful trial that I went through, the Lord always came powerfully through and many days He would simply wrap His arms around me and hold me as I would find myself sobbing and broken for my own mistakes in life and the injustices of the world that were so clear from a higher perspective. I wanted to fix everything, but God had a better plan. He wanted to allow all of the people to come to Him so they could become His partner and do their part.

I have sat and watched the thousands of prayers that He had me pray come to pass or begin to take shape, and there is a beautiful love that is happening through this whole covid 19 crisis. When all the masks finally come off, everyone will understand that they are no longer who they once were when they see their reflection in the mirror again.